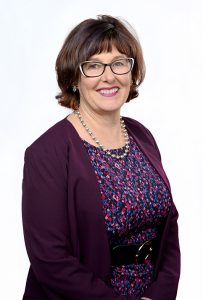 Yarra Plenty Regional Library is pleased to announce that CEO Jane Cowell has been elected by her peers to the Standing Committee of the International Federation of Library Associations and Institutions (IFLA) – Public Libraries Section.

The International Federation of Library Associations and Institutions (IFLA) is the global voice of the library and information profession.

The Public Libraries Section provides an international forum for the development and promotion of public libraries which serve the whole community in the context of the information society and ensure free and equal access to information at the local level.

Jane Cowell is an experienced leader and passionate advocate for public libraries. Prior to joining YPRL, she has held leadership positions at the State Library of Queensland, Caboolture Shire in Queensland and has worked with the AEC Group in Brisbane as their Manager of Community Research and Strategy with a focus on library service planning and reviews. Jane is currently on the Board of the Australian Libraries and Information Association (ALIA).