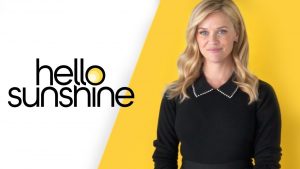 Celebrities are called on to endorse food, perfume, clothing and health products and sometimes this is noteworthy and sometimes not. But the world of authors does take note when celebrities endorse books and so do we, the readers.

Reese Witherspoon has been posting about her reading habits on Instagram for some time and has now grown this interest to include Reese’s Book Club, with its own social media accounts and a special yellow sticker for the book. This has also extended to her very own production company Hello Sunshine which has had big success adapting novels into noteworthy film and TV projects (yes, Big Little Lies was one of hers) demonstrating that big business can be made from great stories and books.

You can follow Reese Witherspoon's Instagram here, and if you are looking for your next great read why not try one of her 2019 book recommendations:

The Library Bookopens a new window

This is a love letter to public libraries and tells the history of the Los Angeles Public Library and the arson act that destroyed it. Interesting facts leap out from virtually every page; including, that the greatest threat of theft of library books did not come from the poor or disaffected, but from Hollywood studios, which would send staff to steal books needed for movie research.  This is also an unsolved crime, an exploration of what it means to a community to have beautiful civic architecture in the form of a library and includes the wonderful memories of dedicated library staff.

The Proposalopens a new window

This is the second novel from Guillory and is a contemporary romance.  Reese Witherspoon reads from a wide range of genres and does highlight books written by women and she does love a good romance novel. Featuring a strong, independent female lead, Nik Paterson, and a no nonsense male romantic interest this witty, well crafted romance is one to put on the TBR pile.

For something completely different why not try Taylor Jenkins Reid’s story of the renowned ‘70s rock band Daisy Jones and The Six, all the way up to their infamous split. Never heard of them? That’s because they are entirely Ms. Reid’s invention. Little does it matter, because by the end of the book, readers’ investment in a band whose music they’ve never heard on the radio, never danced to, never cried to, never seen themselves in is astonishing.

The Night Tigeropens a new window

Described as a ‘galloping good read free of political polemics and post-colonial self-righteousness’ this novel is replete with shape-shifting tigers, severed fingers, complex sibling bonds, an evil stepparent, vivid dreamscapes, thwarted love, a psychopathic serial killer, poison, and grave-robbing. What’s not to like?

From Scratchopens a new window

In her literary debut, actor and TEDx speaker Tembi Locke offers a warm memoir of romance, wrenching loss, and healing from Sicily to Texas.  And yes, there is food, family challenges and joy.  If you loved Eat, Pray, Love you will also enjoy this one.

The Cactusopens a new window

Publisher’s Weekly tells us that Haywood’s hilarious and endearing debut is about a prickly woman who is controlling, cannot believe her mother’s will which benefits her ne’er-do-well younger brother and to top it all of finds out she is pregnant. What she eventually learns —not only about her mother but also about herself—thoroughly alters her approach to life, which Haywood lovingly and humorously demonstrates is actually a very good thing.

Sloane, Ardie, Grace, and Rosalita have worked at Truviv, Inc. for years and after the sudden death of Truviv's CEO their boss, Ames, is set to take over the entire company. Each of the women has a different relationship with Ames, who has always been surrounded by whispers about how he treats women which have been swept under the rug by those in charge. But enough is enough.  This time, when they find out Ames is making an inappropriate move on a colleague, these women take a stand. Lies will be uncovered. Secrets will be exposed. And not everyone will survive. What a ride!