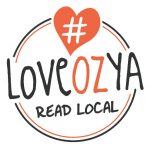 The #LoveOzYAopens a new window movement is all about getting readers to realise what a rich offering of books Australia publishes for Young Adult readers.

If you're an avid YA reader searching for new books to add to your 'To Read' pile and are unsure what to get to next, try these Australian YA books.

To make life easy we've matched a blockbuster international book with a local one we think you'll love just as much.

If you're a fan of Andrew Lane's Young Sherlock Holmes Series it's time to try...

This series by Ellie Marney reimagines the iconic Holmes and Watson into Rachel Watts and James Mycroft, teens in Melbourne drawn in to solving the mystery of a murder.

Rachel Watts is an unwilling new arrival to Melbourne from the country. James Mycroft is her neighbour, an intriguingly troubled seventeen-year-old genius with a passion for forensics. Despite her misgivings, Rachel finds herself unable to resist when Mycroft wants her help investigating a murder.

And when Watts and Mycroft follow a trail to the cold-blooded killer, they find themselves in the lion’s den – literally. A night at the zoo will never have quite the same meaning again…

If you're a fan of science fiction and space exploration stories like Isaac Asimov's, it's time to try...

In the Dark Spaces

This award-winning book is set in space and crosses genres to create a truly original and spookily compelling read.

Tamara has been living on a freighter in deep space, and her kidnappers are terrifying Crowpeople – the only aliens humanity has ever encountered. No-one has ever survived a Crowpeople attack, until now – and Tamara must use everything she has just to stay alive.

But survival always comes at a price, and there’s no handbook for this hostage crisis. As Tamara comes to know the Crowpeople's way of life, and the threats they face from humanity's exploration into deep space, she realises she has an impossible choice to make. Should she stay as the only human among the Crows, knowing she'll never see her family again … or inevitably betray her new community if she wants to escape?

If you fall hard for Rainbow Rowell's romance books it's time to try...

This book won just about every YA award it's possible to win, and it deserved every one. Prepare to fall in love.

Lucy is in love with Shadow, a mysterious graffiti artist. Ed thought he was in love with Lucy, until she broke his nose. Dylan loves Daisy, but throwing eggs at her probably wasn't the best way to show it. Jazz and Leo are slowly encircling each other.

An intense and exhilarating 24 hours in the lives of four teenagers on the verge: of adulthood, of HSC, of finding out just who they are, and who they want to be.

If you couldn't put down this LGBTIQ+ story it's time to try...

If anything could match the massive heart and unruly adventure of Love, Simon it's Amelia Westlake. This book is laugh-out-loud funny and delivers surprises right until the last page.

Harriet Price has the perfect life: she's a prefect at Rosemead Grammar, she lives in a mansion, and her gorgeous girlfriend is a future prime minister. So when she risks it all by creating a hoax to expose the school's many problems – with help from notorious bad-girl Will Everheart, no less – Harriet tells herself it's because she's seeking justice. And definitely not because she finds Will oddly fascinating.

But as Will and Harriet's campaign heats up, it gets harder for them to remain sworn enemies – and to avoid being caught. As tensions burn throughout the school, how far will they go to keep their mission – and their feelings for each other – a secret?

If you're a fan of Holly Black's series such as The Folk of the Air or the Magisterium series (written with Cassandra Clare) it's time to try...

Fairies, magic, mysteries and quests. This three-part series set in an Australian town takes some of the best folklore and myths to create a unique fantasy adventure.

Four teenagers – all born on the same Valentine’s Day – begin to disappear. As the bodies mount up, Pearl Linford has to work out what in the supernatural hell is going on, before it happens to her.

Finn Blacklin is the boy with whom Pearl shares a birthday, the boy she has known all her life and disliked every second of it, the boy her subconscious has a totally annoying crush on. Finn is also the Valentine: a Seelie fairy changeling swapped for a human boy at birth. The Unseelie have come to kill the Valentine – except they don’t know who it is. And now both the Seelie and the Unseelie think Pearl is the Valentine, and if they find out she isn’t, she’ll disappear too.

One of Us Is Lying

If you like stay on the edge of your seat and be kept guessing what's real and what's not, this is the book for you.

Micah will freely admit that she’s a compulsive liar, but that may be the one honest thing she’ll ever tell you. Over the years she’s duped her classmates, her teachers, and even her parents, and she’s always managed to stay one step ahead of her lies. That is, until her boyfriend dies under brutal circumstances and her dishonesty begins to catch up with her. But is it possible to tell the truth when lying comes as naturally as breathing?

Taking readers deep into the psyche of a young woman who will say just about anything to convince them—and herself—that she’s finally come clean, Liar is a bone-chilling thriller that will have readers see-sawing between truths and lies right up to the end. Honestly.

The Sun Is Also A Star

If you're drawn to social justice-meets-romance stories like this it's time to try...

Sometimes the path to love isn't straight. For this couple two cultures collide and it seems impossible for love to triumph.

When Michael meets Mina, they are at a rally for refugees - standing on opposite sides. Mina fled Afghanistan with her mother via a refugee camp, a leaky boat and a detention centre. Michael's parents have founded a new political party called Aussie Values. They want to stop the boats. Mina wants to stop the hate. When Mina wins a scholarship to Michael's private school, their lives crash together blindingly.

A novel for anyone who wants to fight for love, and against injustice.

The Knife of Never Letting Go

If Patrick Ness' dystopian world got your imagination working it's time to try...

The Interrogation of Ashala Wolf

The Disappearance of Ember Crow

The Foretelling of Georgie Spider

Just like the protagonist in The Knife of Never Letting Go, Ashala Wolf is a teen with the weight of a X future on her shoulders. Writer Ambelin Kwaymullina has built a rich mythology based on Aboriginal and Torres Straight Islander dream time totems and stories, and created an eco-dystopian future ripe for drama.

Ashala Wolf has been captured by Chief Administrator Neville Rose. A man who is intent on destroying Ashala’s Tribe — the runaway Illegals hiding in the Firstwood. Injured and vulnerable and with her Sleepwalker ability blocked, Ashala is forced to succumb to the machine that will pull secrets from her mind. And right beside her is Justin Connor, her betrayer, watching her every move.

Will the Tribe survive the interrogation of Ashala Wolf?