The Course of Love by Alain de Bottonopens a new window 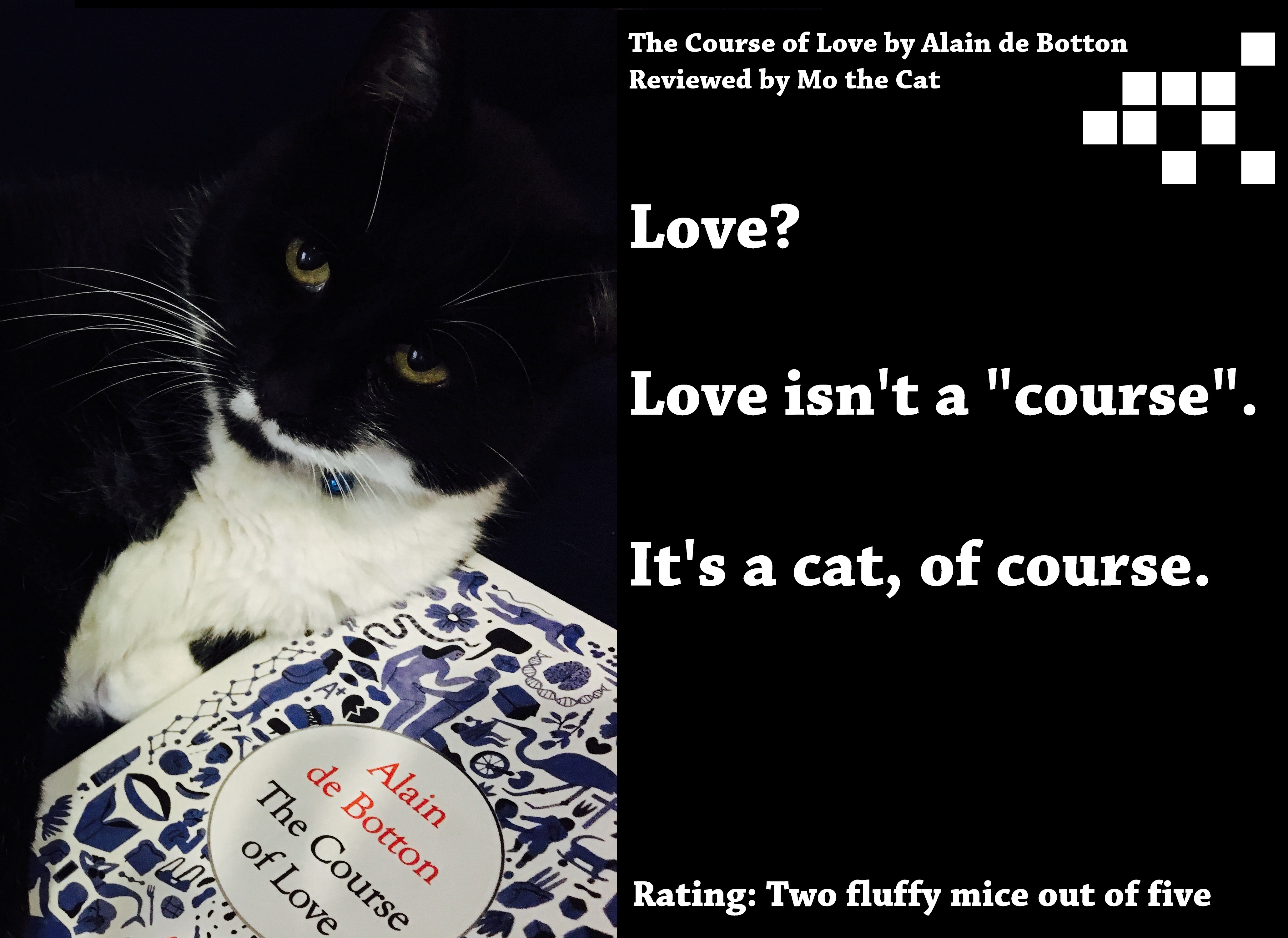 A powerful book... filled with enough worthy quotes to fill a respectable Pinterest board (substitute journal, wall or scrapbook for Pinterestopens a new window if you have no idea what I'm talking about here). It's written in what I found initially to be a slightly jarring style, pairing narrative with an italicized set of dictums about love, marriage and the realities of modern day life. Perhaps this was de Botton's way of opening up his essays to a larger readership? Whatever the reason, it read almost like the voice of an omnipotent deity superimposed over the story of a fairly ordinary family. Very strange, maybe even a little alienating at times, but I did grow to like it as time passed. De Botton is witty and interesting and his comments inspire reflection.

"The course of love" is at times a little depressing, to be honest, but if you are a mediocre person like myself, struggling sometimes with the realities of a mundane existence, it gives you a new perspective. De Botton presents what is arguably a more accurate portrayal of two people joined together beyond the "happily ever after", sharing a mostly loving life, but recognising that life does often include things like stretch marks, dishes, fights over who gets the top shelf of the wardrobe, rubbish bins and baby poo. It normalises conflict, which I found comforting, given that often all we see in fiction and film is the gloss and glamour of early love.

To my mind, it didn't hang together perfectly, but any book that makes you think more about your life is worth reading. It's an easy read and should be compulsory for anyone who is contemplating marriage or who has already made the jump.