If you went down to Rosanna Library on Tuesday 15 January, you would have been in for a big surprise, because 19 teddy bears (and assorted other animals) didn’t just have a picnic, but in fact a whole slumber party at the library!

The event has been conducted annually at Rosanna for the past several years; in fact last year two toys had so much fun that they didn’t want to leave and now live at the library!

This year after a storytime with their owners, where some new books were read, songs were sung, games were played with the parachute and all the children constructed a camera craft, the toys said good-bye to their owners and were left alone in the library overnight – some had even come prepared with their own sleeping bags and pyjamas.

And what mischief did they get up to? As some of these exclusive photos reveal, after signing up for a library card (if they didn’t already have one) they went exploring all over the library looking for fun. They went for a trolley ride, played Monopoly and constructed a giant Jenga tower that then toppled over sending some flying. Picking themselves up, the gang then had some supper. All tired out, the party animals then tucked themselves into bed.

The next morning, their owners were able to come down and be reunited with their furry friends as well as a booklet of photos of what they had been up to during the Teddy-bear sleepover at Rosanna Library. 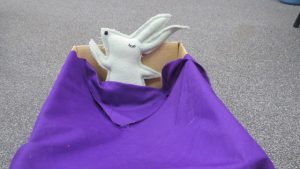 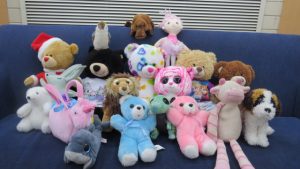 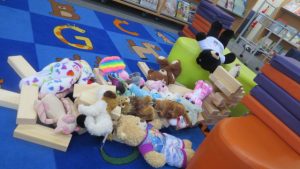 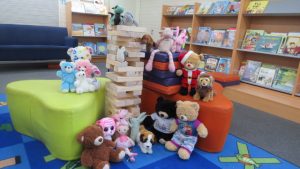 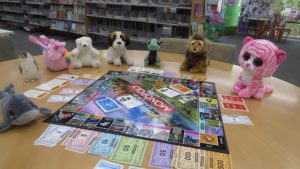 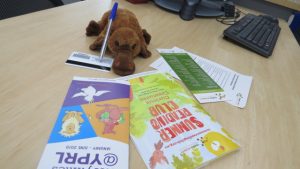 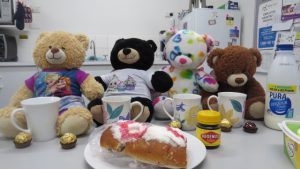