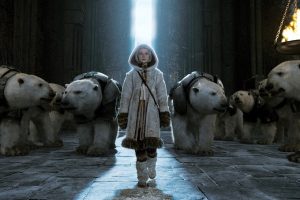 Contrary to popular belief, Young Adult fiction isn't a genre, it's a marketing term. YA is meant to identify books that will attract young readers, not to indicate books are only suitable for reading by young people. In recent years, it's also become a catchall for books about being young, meaning any book featuring a protagonist still in their teens is generally marketed as being for young people.

Some adults won't go near a library shelf labelled YA, or browse an online collection for young readers. Others are drawn to YA; did you know approximately 55% of YA readers are adults?

Categories are only useful in helping readers identify books that might suit their interests or tastes. Once they start becoming boundaries that readers aren't prepared to cross, they lose their usefulness. If readers avoid YA because they assume the only benefit is a sense of nostalgia for their own teen years, they're missing out. YA crosses all genres, a vast variety of writing styles and many different perspectives. To discount an entire section of books out of a misguided sense they are only meant to be read by a particular age group leaves readers missing out.

This list is a selection of YA books that should be read at any age.

Tales From the Inner City

Proving to the mainstream that even a picture book deserves an adult audience, Shaun Tan has become one of Australia's most beloved authors for his deceptively simple tales. Exploring big picture concepts through illustration and limited text, Tan's unique style has won awards all over the world and spawned a new era of graphic storytelling for adults.

YPRL's own CEO Jane Cowell has highlighted this YA fantasy series as one that deserves a wide audience. Her review notes the excellent world building and compelling characters that will keep audiences of any age engaged. It seems Netflix agrees too, as they have an adaptation of the series coming to our screens soon.

Set in 1985 with flashbacks to the 1960s, this is the story of an Aboriginal girl's search for identity as she starts her adult life at university. Author Jane Harrison has nailed the 1980s campus vibes, and provided a window into a world view we don't often see. For anyone eager to read more fiction written by First Nations writers, this is an excellent one to add to the TBR pile. If you enjoy it, add Jared Thomas' Songs That Sound Like Blood to your list for a similar vibe.

Here's one that sounds like traditional YA: a coming of age story set in a small Australian country town during the 1960s. Silvey's novel deals with themes of racism, belonging, truth and justice without lecturing to readers. Now a staple of school text lists, it would be easy to pass this over as best read by teens. In reality, the lyrical prose, timeless themes and unique voice of this novel make it perfect to read at any age. It has had a successful adaptation to stage, touring all over Australia and internationally, and is now a major motion picture starring Toni Collette and Hugo Weaving.

It was hard to select which Sonya Hartnett book to include in this list. Honestly, all of her books should be added to the TBR pile of adult readers. Hartnett herself has said of Thursday's Child "I choose to narrate the story through a child because people like children, they want to like them". Her choice to use a child's perspective to tell us this Depression Era story disarms the reader and lays the foundations for an exceptional tale of magical realism. Don't be fooled, despite the universal coming-of-age themes this novel is great for readers of all ages.

Growing up Queer in Australia

For fans of sprawling fantasy series, Obernewtyn is a must-read. I can only assume it is the fact that our protagonist, Elspeth, is a young woman when the series begins that has led to this book being categorised as YA. In reality, it's as rich and engaging as any world George R.R. Martin has created.

This short novel is a great read for anyone curious about how this fast-paced world of ours may evolve. It imagines a near future where boom and bust economic cycles create an entirely new world order where 3D printing, microinvesting, tech startups and communal life/businesses rule supreme. Part sci fi, part steam punk, it's a fascinating analysis of how some current trends might play out in the future which is often relegated to YA shelves despite its universal themes.

Inspired by a true story, this is the tale of two boys prepared to go to extraordinary lengths to gain their freedom. While they might be young, their story of determination to reach a better life is one that appeals to readers of any age.

If you haven't already heard of this classic YA series, you will soon. The long-awaited BBC adaptation is being released in the next month, and trailers have already got fans of the series excited. Since the release of the first book in the series in 1995, Northern Lights, it has become a firm favourite in the tradition of other Oxford-born series such as The Lord of the Rings or The Lion, the Witch and the Wardrobe (which are also often categorised as YA but have enjoyed wide readership by adults). Protagonist Lyra is not yet in her teens but this fantasy series weaves a complex web which draws adult readers in as easily as young ones.