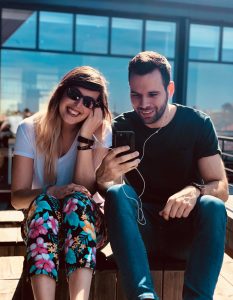 Have you ever wondered about the voices on your favourite audiobooks? Most audiobook narrators are professional voice actors – and many have their own fan followings!

One of Australia’s most popular audiobook narrators is Humphrey Bower who narrates titles for Bolinda Audio.

Humphrey's sensitive and intelligent readings are highly regarded and he is well-loved for his capacity to perform a variety of accents. He revels in finely constructed literary titles such as those by Peter Carey, Richard Flanagan, Murray Bail and Patrick White and was the voice of the children’s classics The Little Prince by Antoine de Saint- Exupéry and Return to the Hundred Acre Wood by David Benedictus.

Want to see what all the fuss is about? Borrow a Humphrey Bower-narrated audiobook from our collection today!

The Knife of Never Letting Go

Discover how to download library audiobooks direct to your device!