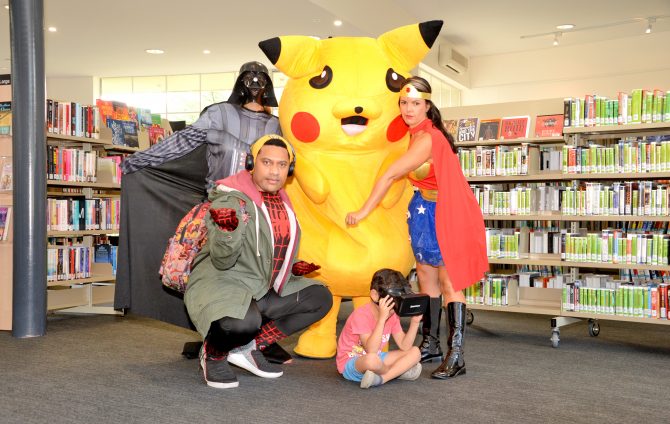 In 2019, Yarra Plenty Regional Library brought popular culture to the library through their very own Library Comic-Con, as JACK CHAN reports.

Yarra Plenty Regional Library (YPRL) is a library service comprising nine branch libraries located across the three member Councils of Banyule, Nillumbik and Whittlesea in Melbourne, Victoria. YPRL supports all three Councils in their aims for connected and resilient communities and supports these strategies through our curated collections, public programs and welcoming spaces. 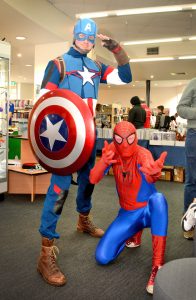 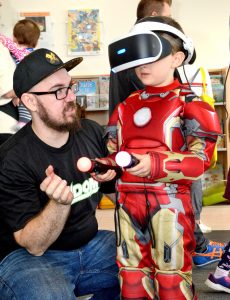 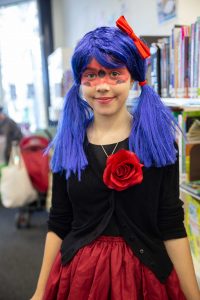 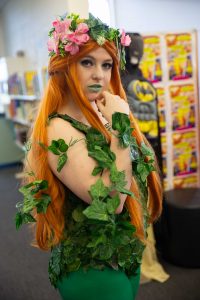 In May 2018, Mill Park Library developed and ran its very own comic-con, known as Mill Park Library Comic-Con. That day saw crowds experiencing all that the major comic-cons offered but in the setting of a library. The program consisted of comic book sellers; roaming superheroes; virtual reality and video gaming; cosplay competitions; fan clubs; workshops; green screen; library technology demonstrations; and comic presentations. Yet the most exciting factor of all was the community coming along dressed up as their favourite superhero or popular culture character.

Such was the popularity of Mill Park Library Comic-Con 2018, that Yarra Plenty Regional Library Comic-Con was developed and run during May/June 2019. The three libraries involved were: Thomastown Library on 18 May, Diamond Valley Library on 25 May and Watsonia Library on 1 June. Three fabulous weeks of popular culture saw more than 4,500 people attending this ground-breaking series of festivals.

The purpose of bringing these comic-cons to the library was to promote literacy in a way that was fun, exciting, and different, while highlighting that great things can come out of the simple joy of reading. Popular culture institutions such as DC or Marvel, started from the simple love of comic books. Yarra Plenty Regional Library Comic-Con bought new people into the libraries; developed new partnerships with local community organisations such as cosplay groups, fan clubs, radio stations, and special interest groups; attracted teens; and promoted the library as being much more than a place of books. Most of all, the event celebrated social inclusiveness for all ages and abilities.

We are looking to further develop this program by engaging other partners such as universities, schools and local council.

You can see our video of Mill Park Comic-Con 2018 here.

And this is the video (below) of all the 2019 YPRL Comic Con events!

This article was featured in ALIA INCITE November/December 2019 issue.