A few weeks have now passed since I got to have two days away from my library and listen to all the other wonderful things happening in other libraries. It was quite relentless, watching presentations back-to-back for most of the day, but the setting in the Arts Centre was lovely. I bumped into a few people I knew from previous roles which was nice, it is good to go to these things and feel connected to the larger library world.

I thought the keynote from Matt Finch was very thoughtful and gently provoking, essentially acknowledging that we do good work in libraries but things can change quickly if the environment we operate in changes. What will happen if there is a national crisis? Climate change is likely going to create an unpredictable future. What if the government takes a fascist turn? Will libraries stand up to an attack on our values? It’s interesting to think about to what extent we would be willing to push back against hostile government that wants to limit information, stop access to services, restrict democracy.

Interesting to think about Finch’s arguments compared to the keynote from Gus Balbontin, which was familiar as Balbontin spoke at the YPRL staff development day earlier in the year. His key takeaways remain relevant - don’t set things in concrete, be adaptable  - but a second viewing of the talk reinforced to me the limits of using a commercial business approach to what we do. Balbontin’s assumption that meeting a person’s need is about gratifying their desire as fast as possible misses a big part of what a library is. We should lean in to the fact that we can do things that don’t need to have a financial return. For me it goes back to this idea: if libraries didn’t already exist it would be insane to propose them. It’s worth keeping that idea in mind as we think about what is possible for libraries. 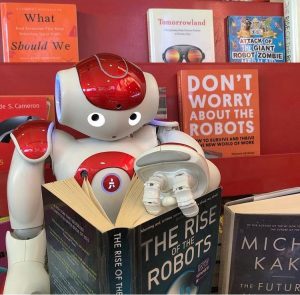 The first theme that emerged from the talks for me included how libraries are responding to technological changes, at both the cutting edge (YPRL’s own Scott Mundell and his brother Steve talking about the role of Virtual and Augmented Reality) and helping those in danger of being left behind (there were talks on the digital inclusion programs Social Seniors, Be Connected and Microsoft office bootcamp). Digital literacy will continue to be a key part of what we do I have no doubt.

Second theme is what you might call the social and community aspect to libraries, there were a few talks about programs looking at improving the health and wellbeing of people in our communities, including the exciting program at City of Melbourne to hire a social worker. Libraries are working towards the aim of creating greater connection and engagement within communities in so many amazing ways. This is particularly important as it seems the age of loneliness is only getting worse. 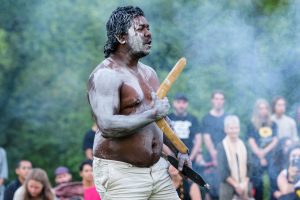 The third major thing to emerge for me is the question of where the indigenous voices are in our libraries, both our services and collections. Kirsten Thorpe gave a challenging keynote to close the conference asking questions about how seriously libraries are considering indigenous issues. She developed the ATSILIRN Protocols for Libraries, Archives and Information Services which it seemed like few people, myself included, in the room knew about. This resonated for me in thinking about the current issue in Western Victoria at the Djab Wurrung Embassy where the state government is intending to cut down sacred trees to widen the highway. These trees hold culture, history and information that is much older than Australian society. Viewed in that way, it seems to me, they are destroying a library to build that road. How would we respond if the state library was going to be knocked down for the metro tunnel?