For as long as I can remember I’ve often had a strained relationship with cooking. I’ve always cooked but I am the first to admit I’m not great at it. From time to time as a child my parents encouraged me to cook whole meals for the family and while this made me feel important, that I was contributing, I also felt immense pressure: what if I burn all this food my parents worked so hard for and it becomes inedible? What if it doesn’t taste good and I don’t know how to fix it? While I don’t blame my parents for the tension I feel when it comes to cooking, it is quite clearly something I’ve never truly gotten over. Because I have burnt and undercooked many, many, many meals over my lifetime. I’ve made meals that have bitter aftertastes. I’m 100% positive there’s more inedible meals to come. And yet I am often terrified of cooking new things.

What does it mean to be good at cooking? Some would say being able to follow a recipe, to take care with preparation and method. For others it’s intuitively knowing which combinations of flavours go together. I’ve come to realise that the parameters I’ve set myself to be ‘good’ at cooking are slightly philosophical: patience and acceptance. I’m not always patient and I don’t always accept that when I try a recipe for the first time I’ll make a mistake. Probably several. 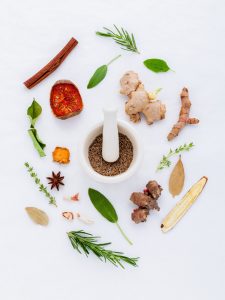 Last year I received a reference question from a library patron asking if we could recommend a recipe for roast goose. The patron would be cooking goose for the first time for a big family gathering and wanted the best recipe that would not fail (it turns out a goose is not cheap!). Two things struck me at the time. First, while it isn’t possible for library staff to find, test recipes and guarantee their success, we can find quality cookbooks and information to help you. Second, I saw this as more than a reference question. Here was someone reaching out to another human being looking for help, for confirmation that their cooking quest wasn’t hopeless, that they could roast this goose. Here was someone who wanted to push past their cooking comfort zone, who was willing to spend time on this dish. Here was someone who was patient and (probably) accepting.

I set about finding a roast goose recipe that would bring the house down. During the search I recalled the time my brother (who is a very good cook and who happens to be a scientist) brought a Heston Blumenthal cookbook. He proudly showed it to me and I felt both excited and slightly envious as I flicked through its thick, glossy pages: here was an amazing book filled with food wonders and cooking techniques beyond anything I’d ever been taught or tasted and there was my brother, someone who was patient enough to try them. In that moment I wished I was more like him. I asked him why he brought that cookbook in particular (aside from the obvious that Heston is a bit of a food genius) and he said that he was interested in the chemistry of food, that he wanted to try out some recipes with the notion that he would eventually whittle them down to their most basic concept and cook that regularly for him and his wife. My brother is a patient person and is used to experimental ‘failure’ (scientists are good that way). I realised he purchased that particular book not because he would cook from it every night but because he had a genuine interest in the equation of food and how the calculation of elements such as fat, sugar, acid and salt, could be endlessly combined. All you needed was a little direction.

After trawling for roast goose recipes, I came up with a bunch of options for our library patron. A recipe from Nigel Slater looked particularly promising and a few weeks later the patron told me that she’d not only gone ahead with the Slater recipe but that the goose turned out really well and she was absolutely thrilled. I hoped she was thrilled with herself. Taking a cooking leap of faith is such a massive thing for so many home cooks to do.

In the weeks since the roast goose question, I’ve found myself looking up new recipes and wondering how I could adapt them to suit my cooking mood, the ingredients I have on hand, and what night of the week it is. I’ve even started baking scones again, a food I love eating but always manage to stuff up somehow. I’ve finally found a recipe that works for me, not because it’s simple (personally I think it’s on the more ‘complicated’ end of scone making) but because I’ve finally allowed myself to be patient and make mistakes. I’ve come to realise your past kitchen failures don’t have to define your cooking future. 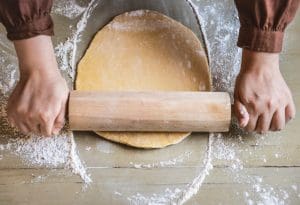 Cooking Philosophy: how a reference question about roast goose made us keep calm and cook

This is a list of cookbooks, food and cooking memoirs and books about food and philosophy. There's more than one way to approach food!