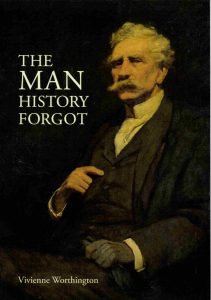 The small village of Panton Hill, in the Shire of Nillumbik was named after Joseph Anderson Panton, Commissioner for the Anderson's Creek and other goldfields and later magistrate at Heidelberg.  A new book is about to be launched on the life of Panton, who's portrait was painted by Frederick McCubbin in 1904.

Born in Scotland in 1831 he arrived in Victoria in time for the Gold Rush of the 1850s.  He became a Golfields Commissioner and officical, a Metropolitan Magistrate, public servant, artist, winemaker, geologist, explorer, speculator and pioneer pastoralist.  He died in St Kilda in 1913.

Vivienne Worthington, whose family were early settlers in Panton Hill, has written a small biography on Panton :“The man history forgot".  She will be launching the book and unveiling a photographic reproduction of Panton’s McCubbin portrait A.E.Cracknell Recreation Reserve Hall, Panton Hill Sunday 14 October 2.00pm - 4.00pm

Yarra Plenty Regional Library also has copies in our collection to borrow and access from Eltham Library's local history collection.