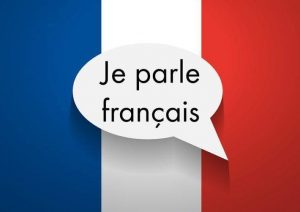 Are you interested in learning a foreign language?  Don’t know where to start? The library has lots of resources to help you on your way.

I’ve been learning French for a few years (or trying to!) so this blog will concentrate on our resources for studying and practicing French, but you can substitute many other languages into these recommendations. For example, at YPRL we also have resources for: Italian, Spanish, German, Portuguese, Arabic, Chinese, Japanese and many others.

But back to French.

I’ve used our vocabulary books such as these to consolidate and increase my word and phrase repertoire.

I use audiobooks such as these in the car to cram in some extra study whilst driving, and I find that the information travels more into my subconscious that way, while I’m concentrating on the road.

We provide free access to ‘Transparent Language Online’ via our website, where there are 99 (yes, 99!) languages to learn. Access it via your computer or using the apps for Apple and Android phones. Transparent offers vocabulary learning with smart reviews that help you master the difficult bits, and reading, writing, and listening practice.

I think these resources are great for learning the basics, and particularly helpful prior to an overseas trip, but to go a bit further it is worth trying formal lessons. There are many places in Melbourne that teach French.

To facilitate getting fluent we have books with ‘language hacks’ that have ideas and tips for efficient language learning, such as:

Once you have a bit of knowledge under your belt, you could try one of our Conversation groups.

There is a long-running French conversation group at Ivanhoe Library on Tuesdays from 4.30pm - 5.30pm for intermediate and beyond French speakers.

Children’s Bilingual Storytimes in French are a brilliant immersion in a foreign language for your young ones, even if you can’t understand much of what is going on. French storytime at Ivanhoe is on the first Thursday of the month at 10am at Ivanhoe library, or check in our Storytime brochure. (Or see the listing of all Bilingual Storytimes across YPRL branches.)

I read children’s simple books (we’re talking a grown-up reading picture books with a dictionary to hand!) as they are great practise. Some even have audio accompaniment. Eltham and Ivanhoe have French picture books on the shelf, and you can place a hold on items to be delivered to the branch of your choice.

We have general magazines for more advanced readers, for example, Elle and Point de Vue, but also, magazines specifically designed for those learning French – how cool is that?  Bien Dire initial is for beginners and lower intermediate, and Bien Dire is for intermediate to advanced learners. We have even more French magazines available via RBdigital.

The library stocks many French DVDs, lots of which have English subtitles, and these are fantastic for immersing yourself in the language and culture of France. Many of them will only play on multiregion DVD players as they are set to region 2, so do check your player first. (I bought a cheap multiregion player on a holiday to Europe and brought it home in my suitcase, and I use it with a plug adaptor.) Beamafilm and Kanopy have French movies which you can stream for free to your device with your library membership number.

When you’re done practising the language, we also have French cookbooks to take your taste buds on a journey to France.

= Lots of travel and coffee-table books

The Official Guide to the Most Beautiful Villages of France

= Stories of people who have gone to live in France

= To get you dreaming of ‘votre vie française’.