Covid-19 update: Seven YPRL branches and the Hatch at Ivanhoe are now open for Click & Collect services. However, the Mill Park and Ivanhoe branches remain closed for building works.

Now might be the perfect time to try a new genre of entertainment, and anime is a great choice. Anime is the Japanese word for animation and has come to refer to animated shows that have been made in Japan. It covers a wide range of styles and you might just love it.

Crunchyroll is an anime streaming website where you can access hundreds of titles completely free, although there are ads. Classic series such as One Piece, Naruto and Sword Art Online are updated with new episodes as they are released in Japan. The site also offers a collection of up-to-date manga ranging from Fairy Tail to Attack on Titan.

Below are five of my favourite anime currently available on Crunchyroll. 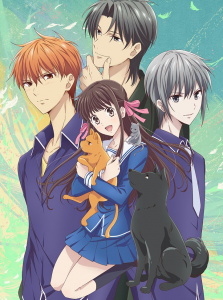 Tohru Honda thought her life was headed for misfortune when a family tragedy left her living in a tent. When her small home is discovered by the mysterious Soma clan, she suddenly finds herself living with Yuki, Kyo, and Shigure Soma. But she quickly learns their family has a bizarre secret of their own: when hugged by the opposite sex, they turn into the animals of the Zodiac!

A remake of the 2001 anime, this version is a more faithful interpretation of the manga on which the show is based. The often-tragic backstories of the members of the Soma family are balanced out by the unwavering optimism of the lovable Tohru and light-hearted comedy that means it never gets too heavy. Fruits Basket is a great show for new viewers and a definite re-watch for anyone who saw the original series. 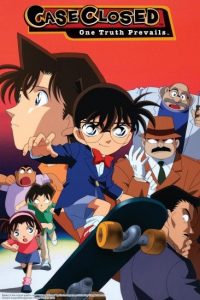 The son of a world famous mystery writer, Shinichi Kudo, has achieved his own notoriety by assisting the local police as a student detective. He has always been able to solve the most difficult of criminal cases using his wits and power of reason.

At nearly 1000 episodes and one of longest running anime series of all time, only the most current episodes are available on the Crunchyroll website. Despite that, this show is easy to pick up at any point and is an entertaining whodunit set in Tokyo. After being drugged by a criminal syndicate, famous high school detective Shinichi Kudo wakes up in the body of his 7-year-old self. Going by the name Conan Edogawa, he solves murders while on his mission to find an antidote to return him to his true age. This show is a lot of fun and also manages to throw in some interesting lessons on Japanese culture and history! 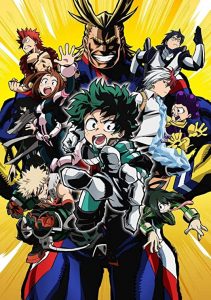 Izuku has dreamt of being a hero all his life—a lofty goal for anyone, but especially challenging for a kid with no superpowers. That’s right, in a world where eighty percent of the population has some kind of super-powered “quirk,” Izuku was unlucky enough to be born completely normal. But that’s not enough to stop him from enrolling in one of the world’s most prestigious hero academies.

The series follows Izuku Midori’s adventures after he meets his ultimate Superhero idol, All Might and begins on his quest to get into U.A. High School. The plot of My Hero Academia is very inspirational, preaching that you can achieve anything you dream of as long as you put in the hard work. Not typically being a fan of action-based anime, this show had enough going on besides the superhero vs. villain action sequences to keep me interested and appeal to a broader audience.

Re:ZERO – Starting Life in Another World – 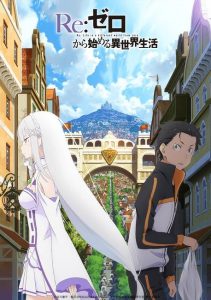 Natsuki Subaru, an ordinary high school student, is on his way home from the convenience store when he finds himself transported to another world. As he's lost and confused in a new world where he doesn't even know left from right, the only person to reach out to him was a beautiful girl with silver hair. Determined to repay her somehow for saving him from his own despair, Subaru agrees to help the girl find something she's looking for..

Geared towards a bit of an older audience, this anime is based on the light novel series by Tappei Nagatsuki. I appreciated the more realistic reactions to the events happening throughout the course of the series as, spoiler alert, there is a fair amount of violence. I really enjoyed this show and would recommend it to anyone who likes fantasy and is up for a more (psychologically) realistic take on the genre. 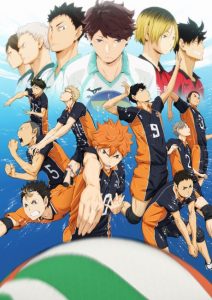 Based off of the original Weekly Shonen Jump manga series from Haruichi Furudate, Haikyu!! is a slice-of-life sports anime revolving around Shoyo Hinata’s love of volleyball. Inspired by a small-statured pro volleyball player, Hinata creates a volleyball team in his last year of middle school. Unfortunately the team is matched up against the "King of the Court" Tobio Kageyama’s team in their first tournament and inevitably lose. After the crushing defeat, Hinata vows to surpass Kageyama After entering high school, Hinata joins the volleyball team only to find that Tobio has also joined.

Currently airing it’s fourth season, Haikyu!! is a great show for just about anyone. This anime has a large cast of funny, strange, and memorable characters that keep the show entertaining for non-sports enthusiasts. Heart-warming and motivational, the first two seasons can also be found in English for those with a Netflix subscription (but I would absolutely recommend the Japanese version over the English for this one).

If These titles inspire you to learn more about Japanese culture or brush up on your Japanese language skills, check out these online audiobooks or search our catalogue:

Learn in your Car Japanese Complete

Spark Joy: A Guide to the Japanese Art of Tidying

For more information on YPRL's services and programs visit Your Library at Home., opens a new window