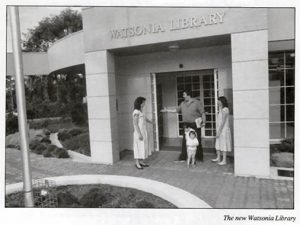 This week Watsonia Library celebrates its 30th birthday. The small free-standing Library was opened on the 12 November 1988 after commitment by The Shire of Diamond Valley in part to replace the mobile library service that had previously served the community.

Land purchased close to the railway station and shopping centre included two weatherboard houses. One was removed and the architect Peter Hirst who had worked with renowned modernist architect Harry Seidler incorporated the other into the design to maintain harmony with the residences on the street. The library includes a community meeting room, a quiet study area and children’s courtyard.

In 1993 an inspiring visit by War Surgeon and Prisoner-of- War Sir Edward “Weary” Dunlop saw the library packed to capacity. Memories were shared and tears shed as some of the attendees had served in Burma.

Renovations took place in 2002 which extended the library’s floor space, enabling a broader collection and increased community space, including a separate community room. The library also saw the addition of public art being installed on the front of the building – part of the City of Banyule’s Public Art Collection. The Wings of the Waa Mojety (Crow) by the artist, Andrea Tomaselli, represents the Wurundjeri people, the native custodians of the land as well as music, and other symbols of educational and social art forms. 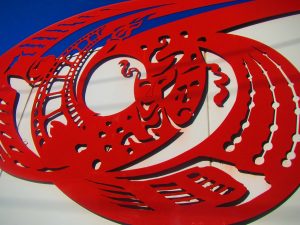 IA partnership between the library, NEAMI (a community-based mental health service) and Banyule City Council saw an 18 month project unveiled in 2009. The art installation Unrestricted Under the Sea features mosaic waterfalls and amazing vistas with a myriad of sea creatures of all shapes and sizes was installed in the central thoroughfare between the library entry and community room entry. 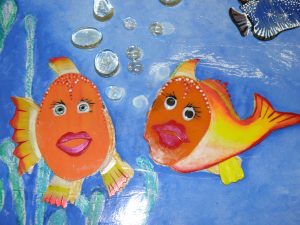 in 2015 the library underwent renovations installing a lab bar, wifi, new carpet, shelving and furnishing, an updated children’s library, interior and exterior painting and improved access to public computers. The Write and Publish Maker Space provides access to specialised resources, programs and events for individuals and community groups to want to write and produce personal and collaborative writing projects.

The Library has a close association with Japanese families which led to the development of the Japanese Garden.

Back on that sunny Saturday in November 1988, in Australia’s bi-centennial year, we did not have the internet, we did not have portable phones and hand held devices to read books and ask questions. The library has changed with Society and the community. The Shire of Diamond Valley has gone but the library remains. Now, a prominent landmark within Watsonia and surrounding suburbs, Watsonia library is a place for connection, information, learning, reading, making, storytelling, talking, sharing and more. 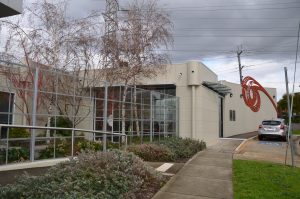 Happy Birthday Watsonia Library and here’s to the next 30 years.