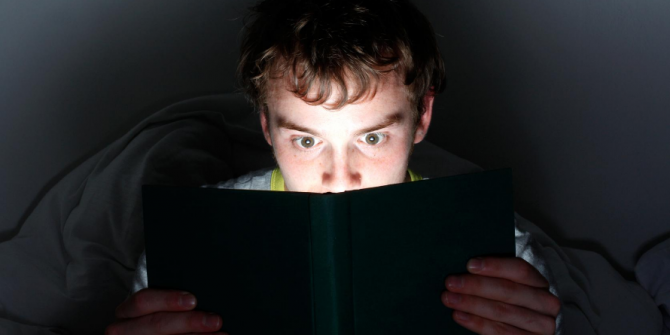 Everyone needs a break from all that screen time we are experiencing during Lockdown Mark II in Melbourne. These fast-paced thrillers available through Click and Post at your Library have all the twists and mystery to keep you hooked from start to finish. Give Netflix the flick and get reading – you will not even miss your TV screen with these recommended reads. Get Clicking and put your hold on these titles now, more copies will be coming in.The Swap

One night after a boozy dinner party, two friends suggest swapping partners.  A harmless fling between consenting adults or an opportunity to unleash long held resentments to upend everyone’s lives.  This is a compelling read about obsession, toxic relationships and dangerous secrets.  Described as a provocative and edgy thriller this will definitely keep you turning the page.

One day you are living the dream, commuting to work by riverboat with your darling neighbour Kit next to you.  The next, Kit is missing and the police are waiting for you when you disembark as another passenger saw you arguing the night before. Candlish produces a very smart and twisty thriller that builds to an astonishing conclusion.  Be prepared to be gripped by mounting dread as twists follow twists with credible characters that you could know.

About to be made into a major TV series, The Terminal List is a must read before you turn on the TV.  Perfect for fans of Vince Flynn, Brad Thor or Stephen Hunter this thriller tells the story of Navy Seal, Jack Reece, who discovers that the American government is behind the deaths of his team and loved ones.  Reece then uses what his government has taught him to wreak revenge on his enemies in the upper echelons of power.  Breathless pacing and unrelenting suspense will keep you reading to the explosive end.

Named as a Reese’s Book Club Pick for June/July this is described as an Agatha Christie-esque mystery set over the course of a highly exclusive weekend wedding.  Told from different perspectives this who-dunnit will definitely get your brain cells working/

In A Dark, Dark Wood

Ruth Ware definitely has established herself as a queen of the psychological thriller.  This was published to acclaim and consistently turns up in the Top Ten lists for mysteries and thrillers.  Can secrets stay secret forever?  Described as dark, smart and compulsive these friends are not alone in the dark, dark room, in the dark, dark house, in the dark, dark woods.  Surrender yourself to a weekend of compulsion and read to the last explosive surprise.

This is a debut and was am instant New York Times hit that you might have missed.  Newlyweds, Jack and Grace have the perfect marriage.  Or do they?  This dark and twisted domestic thriller takes us into the life of a sadist and proves the adage we do not know what goes on behind closed doors.  If you like fast and frantic stories that get your heart pounding then this one is for you.

Winner of the European Crime Fiction prize for 2019, French writer Cayre brings us the story of a fiftysomething widowed mother of two who, facing a precarious future, decides to become a drug dealer.  This was also featured in the Guardian’s top Mystery and Thriller lists for 2019. Breaking Badmeets Weeds is how this is described so this novel is definitely an alternative to re-watching old TV series.

Paramount will be turning this gripping novel into the movie so get in now to read the book – as it is always better.  Rachel is the latest victim of a child kidnapping chain, involving a never ending chain of parents, who to save their own child must pay a ransom and kidnap another child.  There seems no way out as parents will do anything to save their own child.  Even kidnap someone else’s.

FBI agent Nell Flynn returns home to spread the ashes of her estranged father, Detective Martin Flynn, and becomes caught up in the murder investigation of two young women.  And it appears that her father is the prime suspect.  Nell has to question everything she knows about her father and the investigation of the brutal murder of her mother years earlier.  How well do we really know our parents lives?

Do you love reading about the Cold War espionage efforts?  Then this is for you.  It’s 1968 and Marie Mitchell, a young black FBI agent realises that the old boys club will always block her dreams of being a top FBI intelligence officer.  But then she is assigned to a task force to take down Thomas Sankara, Communist leader in Burkina Faso and her priorities, values and everything she knows gets turned upside down.  Definitely for fans of Le Carre.Jane Cowell, CEO Yarra Plenty Regional Library