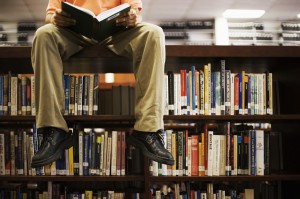 I recently found The Millions a literary online magazine that offers reviews on books, arts and culture and is touted by the New York Times as “The indispensable literary site”.  It has been in existence since 2003 and I am obviously late to the literary magazine party as I only discovered it in 2019. As more and more newspapers dispense with their book reviewers and review pages it is a great find, as critical reviews are still enormously useful when you are a reader (and a librarian). In addition The Millions has a new release Tuesday blog post. Here is what is touted on the latest few Tuesday new release days – get in early for these reads and have them waiting for you when they hit the shelves.

Everything in Its Place

This is a new collection of previously unpublished essays from the late author and neurologist Oliver Sacks, where he muses on his career, youth, the mental health field and much more.  Read the Publishers Weekly review here.

Epstein tells the story of Nazi-era Germany opening in 1933 with German schoolgirls Renate Bauer and Isle von Fischer, best friends as Hitler comes to power,  Renate discovers she was born Jewish and she and her family are subjected to Gestapo questioning and blackmail.  Isle caught up in the growing nationalism drops her best friend and ultimately betrays Renate and her family.  The past is then juxtaposed with the East Village in 1989, where Ava Fischer receives her mother’s ashes and a sheaf of letters that outline her mother’s biggest regrets.  Read more of the Publishers Weekly review here.  This is destined for the bestseller lists so it is wise to get in early for this one.

McEwan’s new novel is about the increasingly difficult relationship between a man, a woman, and a synthetic human. Opening in an alternate 1982 London in which technology is not dissimilar from today’s (characters text and send emails), 32-year-old Charlie spends £86,000 of his inheritance on the ‘first truly viable manufactured human with plausible intelligence and looks,’ who can pass for human unless closely inspected.  Read more from Publishers Weekly here

Another novel exploring an intense adolescent relationship set in the early 1980s, that ends in an estrangement.  Choi brings the characters back together a dozen years later, shifting the perspective into a new viewpoint that casts most of what readers thought they knew into doubt. After the tensions of the past culminate in an act at once shocking and inevitable, a brief coda set in 2013 adds a final bold twist. Choi’s themes—among them the long reverberations of adolescent experience, the complexities of consent and coercion, and the inherent unreliability of narratives—are timeless and resonant. “Fiercely intelligent, impeccably written, and observed with searing insight, this novel is destined to be a classic.”

The Book of Dreams

This new novel by the author of Little Paris Book shop has just reached our shelves. This novel centres on the magical bonds between coma patients and their loved ones, explored through an estranged son and his relationship with his father who is in a coma.  Read more here

The Bookshop of the Broken Hearted

A powerful tale of hope rising above grief and tragedy set in 1968 in an Australian backwater town, and Tom Hope’s wife, Trudy, has disappeared, only to return a year later, pregnant with another man’s child. This novel is described as impressive and for me a further attraction is that it is also a novel of Australian small town life and two lonely people learning to trust again.

If you are looking for a new author and love speculative fiction then this one is definitely recommended.   Three neighbouring families in Clearing, Oregon, become inexorably entwined in what is described as a ‘captivating debut novel of parallel worlds’.  This literary novel is said to seamlessly transition readers from alternative views and worlds and reality.

This novel takes us on the LSD drug trial ride.  From the early days of discovery, through to the testing and positive scientific adoption of LSD as a wonder drug this is journey is told through the eyes Fitz Loney, a Harvard psychology graduate student, and his wife, Joanie, in 1962, who join Harvard professor Leary’s inner circle of hallucinogenic test subjects and researchers who are working to develop therapeutic methods of employing the drug. Be warned that this novel does take time to get into but it is worth the effort. Find more here.

What My Mother and I Don't Talk About

Better get in quick for this anthology of a fascinating set of reflections on what it is like to be a son or daughter. One of this collecton’s strengths lies in its diversity, both in the racial and socioeconomic backgrounds represented, and in the experiences depicted—some loving, others abusive.

Now I loved Boy, Snow, Bird also by Helen Oyeyemi so this is definitely going on my To Be read list.  Hope it makes it to yours.   In her latest novel she spins a tale about three generations of women and the gingerbread recipe that is their curse and their legacy. In an effort to understand her heritage, precocious British schoolgirl Perdita Lee recreates her family’s famed gingerbread recipe—but with additional ingredients that have near-fatal consequences.