Around Australia It’s currently Get Online Week  and while people take the opportunity to try something new on the internet throughout the country it’s a good time to reflect on the recent Australian Digital Inclusion Index (ADII) report and what libraries can do to help support people to become more digitally included. 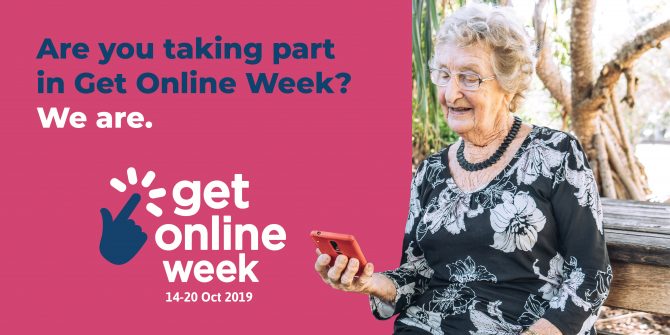 The ADII has delivered reports for the last five years and while there has been a general trend towards greater digital inclusion overall during that time, there are still gaps and in some cases these gaps have depended. The study looks at three factors in determining digital inclusion; accessibility, affordability and digital ability. A detailed survey is conducted with participants and an overall score awarded benchmarked against a hypothetical ‘perfectly’ digitally included person.

The gap between inclusion for those at the lower and higher ends of the income scale has not changed dramatically in the five years of the study, while the gap between the employed and those not currently in the labour force has widened. 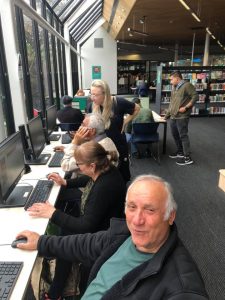 Overall, Australia scores well on the accessibility measure but has some way to go when it comes to digital ability. Less than half of all Australians think computers and technology give them more control over their lives.

A second report, Digital Mentoring in Australian Communities, highlights the importance of building social connections into digital literacy education. Digital inclusion is not just about providing people with the core skills needed to operate a piece of digital technology, but places emphasis on “empowerment and participation, both social and economic.” This report, and companion Digital Mentors Handbook, lays out a framework for how those engaged in helping to build these skills can better support students on their journey to digital inclusion. The core principles of this framework are Access, Skills, Motivation and Trust.

These findings should have an impact on how we respond to the issue of digital inclusion, as many of the demographic groups noted in findings above are regular users of our libraries. Libraries have been providing classes aimed at raising the digital literacy of people for many years but what these reports indicate is that we may not have been paying enough attention to the personal skills and social environments that are integral to support people in raising digital literacy.