What are the consequences if the people given control over a democratic government have no idea how it works? That is precisely what has happened in Trump's America. In The Fifth Risk, Michael Lewis gives us an inside look into the disastrous transition from the Obama to Trump White House and the new administration's wilful ignorance of federal bureaucracy and apparent dismissal of its importance. This is a political book which includes interviews with ex-senior Government civil servants - who were committed to the public good. 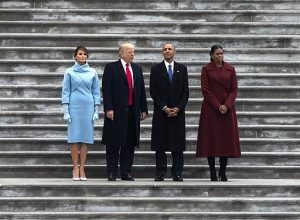 Michael Lewis gives us a revealing look at Government under Trump and questions the priorities of ridding the public service of career scientists if they believed in climate change, appointed unqualified personnel to top government positions featuring six figure salaries whose only qualification was their loyalty to Trump. One of the core trust agreements that the people have with their government is that government ensures their safety - through legislation, scientific endeavour, defence forces and disaster planning. Yet that is not how Trump has dealt with the federal bureaucracy. It is not the people who should gain but private, wealthy individuals.

One of the most shocking appointments for me was the choice of Barry Myers, head of private weather firm AccuWeather to lead the National Oceanic and Atmospheric Administration (NOAA), a scientific agency within the Department of Commerce. Lewis points out that this appointment represents an attempt to privatise the NOAA. Lewis does point out that the 'private weather' industry (which uses the free Government data and on-sells it to the consumer), unlike the NOAA, has a financial interest in catastrophe and no interest in people's safety. How does this view extend to other government departments that look after nuclear waste or food security?

WATCH: This may also be of interest. 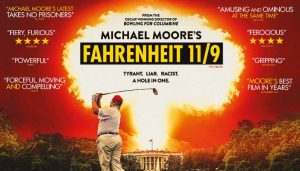