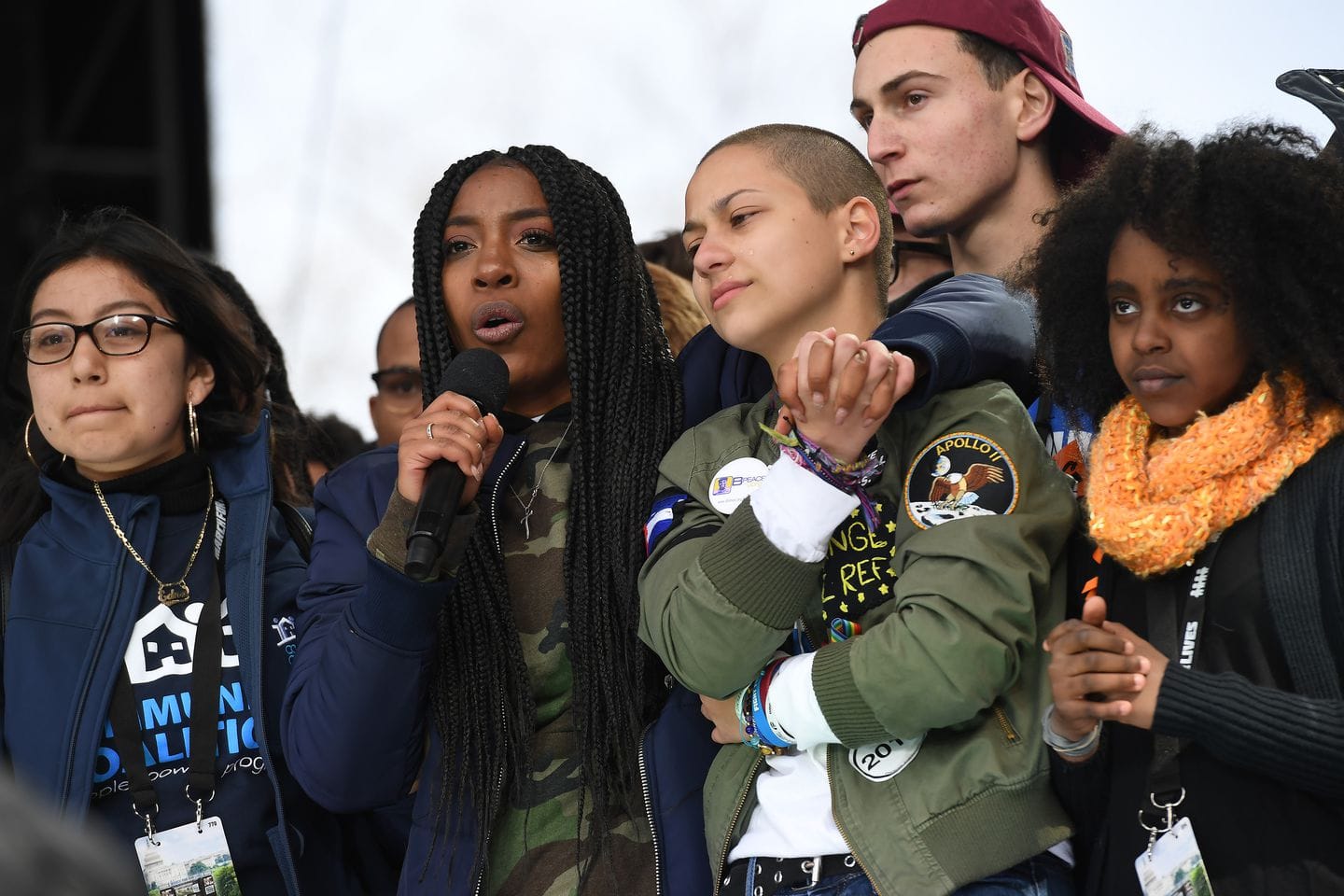 On 14 February 2018 there was another high school shooting in America, this one in Parkland Florida, that left 17 students and teachers dead.

This time a group of teenage survivors, grappling with grief, shock and trauma, responded furiously and immediately at their government which had failed to implement tougher guns laws. Viral footage of 18-year-old Emma Gonzalez, head shaved, calling ‘BS’ on the governments and the NRA stance that tougher guns legislation would not decrease gun violence three days after the shooting ensured the media took notice and these teenagers were not afraid to challenge the status quo on gun laws – because the status quo was killing their school mates.

One of the strongest threads through both Columbine and Parkland is how much the American media are implicated in the problem of mass shootings, and in the political stalemate on gun control. Cullen follows the teenagers as they found the movement March for Our Lives, and documents their commitment to driving real change in regard to gun laws in America. They make mistakes, their parents worry about the media attention that blasts its way into their lives, and they grieve publicly for their friends, not afraid to direct their anger publicly at politicians, media, and the gun lobby – even though they recognise that they might be assassinated for their stance.

I found this a fascinating read of young people who have found the adults and governments in their world failing them and are determined to do something about it. Cullen believes they bring real change to the gun debate in America and that with their determination to shine the spotlight on gun control, that finally there may be some courageous politicians who may use it as a platform to run on. For the first time the NRA seems vulnerable and this is due totally to the conviction, bravery and media savviness of the Parkland survivors. Cullen gives nuanced descriptions of all of the Parkland group, including those strategists working from the back of the room and not in front of the media. All these young people recognise that their vote counts and if they can convince young Americans to get out and vote, elections can be swung in the favour of sensible gun laws.

It is a true story of inspiration, hope, and energy of young people, who recognise that they need to be in it for the long haul and for all of them I do hope that change does come about. It is well worth the read.