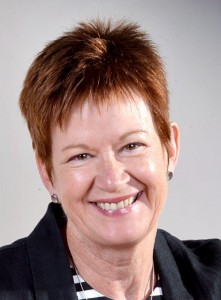 Staff and local, state and international colleagues farewelled Yarra Plenty Regional Library’s Chief Executive Officer last week.
Christine Mackenzie has retired after a 41 year career culminating with 12 years in “the best job in Australia”. Prior to joining YPRL, Christine worked at the State Library of Victoria, Mordiallic Chelsea Library, Mornington Peninsula Library and Brisbane Libraries.
Christine followed Craig Anderson as CEO in 2004 at a time when technology was about to impact people’s lives as never before. YPRL staff were only the second library in the world to undertake online Web 2.0 training. A new Strategic Plan was soon adopted by the Library Board and the wireless wide area network was initiated. A supplier aided shelf ready collection was also initiated with savings from this directed into the establishment of a Community Engagement team based at Library Support Services.
In 2006 a new mobile library fleet was launched. In 2007 Radio Frequency Identification (RFID) was initiated enabling customers to borrow their own items, thus freeing staff for customer service and programming. Wikinorthia, a website designed to document life in Melbourne’s north was launched, in partnership with Darebin and Moreland libraries.
In 2008, Yarra Plenty Regional Library was the first library to procure and start loaning ebooks in a consortium with Brisbane Libraries. In 2009 following Black Saturday, YPRL was a major partner with the ALIA Disaster Recovery Project. In 2011 a staff branch restructure took place. In 2012 the National Broadband Network Project was implemented.
In 2013 Whittlesea Library, the newest branch opened and our first makerspace at Mill Park Library were opened. The Reading Rover was launched.
A number of major refurbishments have taken place across all eight branches of the Region.
Christine has always been a strong advocate of staff development supporting a number of staff in attending the State Library of Victoria Shared Leadership program, encouraging attendance and often making presentations at both local and overseas conferences. She introduced a program which made YPRL unique - the international Staff Exchange program. Several exchanges were conducted between sister library services in Europe and the USA.
Christine has been a supporter of the Global Libraries’ initiative INELI (International Network of Library Innovators) with a representative of YPRL taking part in the second program. This is a regional leadership program for emerging library leaders. Christine’s involvement resulted in YPRL hosting the INELI – Oceania in 2015.
She has been an active member of the Public Libraries Victoria Network and the Public Lending Right Committee. She remains a governing member of the International Library Associations and Institutions (IFLA).
The organisation has developed a strong vision and direction under Christine’s guidance and the latest Strategic Plan 2013-2017 will see her work continued.
Yarra Plenty Regional Library welcomes new CEO Di Shaw on 15 February 2016.