To the home chef a cookbook is a road map and a challenge to create something that hasn't been done before.

Cookbooks can be categorised into four groups.

There can be a combination of these groups also. For example Jamie Oliver is a celebrity chef but may also be writing about Italian cuisine.

Beaumont's Kitchen suggests "The most famous book is not a cook book at all. "The Physiology of Taste, or Meditations on Transcendental Gastronomy" was written 1820, by the French epicure Jean Anthelme Brillat-Savarin.

The book entirely personal and presents a philosophy called "gourmandise" - a term for the pleasures of the table and the gastronomical well-being of people. Gourmandise, Brillat-Savarin says, is "an impassioned, rational and habitual preference for all objects which flatter the sense of taste." 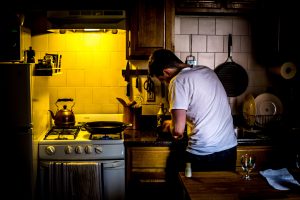 When Brillat-Savarin visited America, just after the American Revolution, he discovered, the turkey, which he calls "one of the most beautiful presents which the New World has made to the Old."

The book is full of odd ideas ... truffles "increase the attraction between the sexes" ... "for exhaustion there is nothing finer than a cup of hot chocolate in which powdered ambergris (secretion from the intestines of whales) has been dissolved" ... "the obese should not eat anything from underground" ...

His pithy observations sums up his philosophy. Here are some examples: 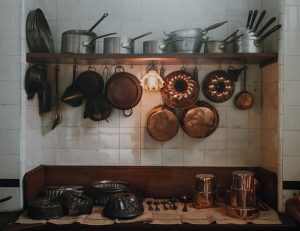 YPRL doesn't have a copy of The Physiology of Taste, or Meditations on Transcendental Gastronomy, but we do have many other great cookbooks to borrow. Even if you don't have the time to slow down and cook a meal in the loving manner of Jean Anthelme Brillat-Savarin, sometimes just reading a cookbook can create a sense of cosy-comfort and well-being.